You are here: Home

In March 2014 Attorney Tomasz Kopoczyński was sworn in as the Honorary Consul of the Grand Duchy of Luxembourg in Sopot with the seat in Gdynia. The opening ceremony of the Consulate took place on 17 October 2014 in the Gdynia City Museum. On this occasion, the Ambassador of the Grand-duchy of Luxembourg, His Excellency Georges Faber, paid a two-day visit The ceremony was graced with the presence not only of numerous consuls of other states, but also Polish and Pomeranian political elite as well as the most important entrepreneurs of the region and representatives of the world of science and culture.

The undersecretary of state on legal, treaty and consular matters professor Artur Nowak-Far pointed out qualities that should be essential for an exemplary consul, adding that Attorney Kopoczyński possesses all these qualities without exception. The shared speech of the president of Gdynia Wojciech Szczurek and the president of Sopot Jacek Karnowski contained important words about mission and vocation, as it is in these categories that Mr. Kopoczyński perceives his tasks.

The Ambassador of the Grand-duchy of Luxembourg, His Excellency Georges Faber mentioned how significant honorary consuls in Poland are for the Grand Duchy, bearing in mind the states’ multifaceted co-operation – from economy to culture. The opening of the consulate in Sopot will contribute to promoting economic and commercial relations as well as scientific and cultural cooperation between the countries, and also to protect the wider interests of their citizens. 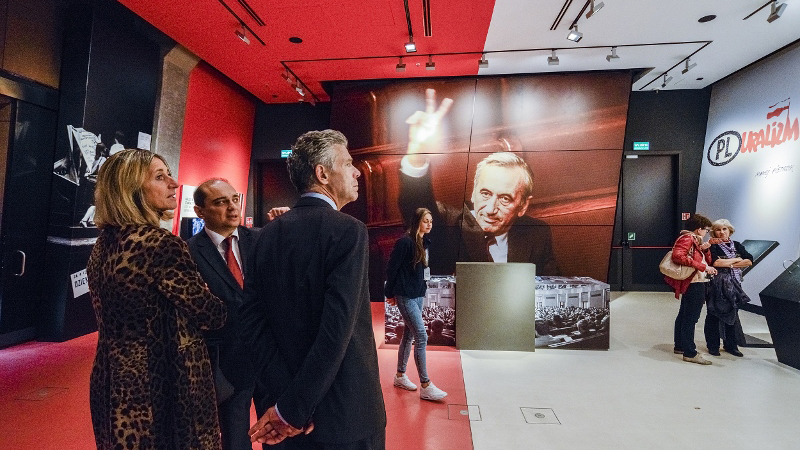